I’ve released a new open source extension for Visual Studio 2017&2019 which aims to make it easier to attach and to reattach the Visual Studio debugger to the correct dotnet.exe process: 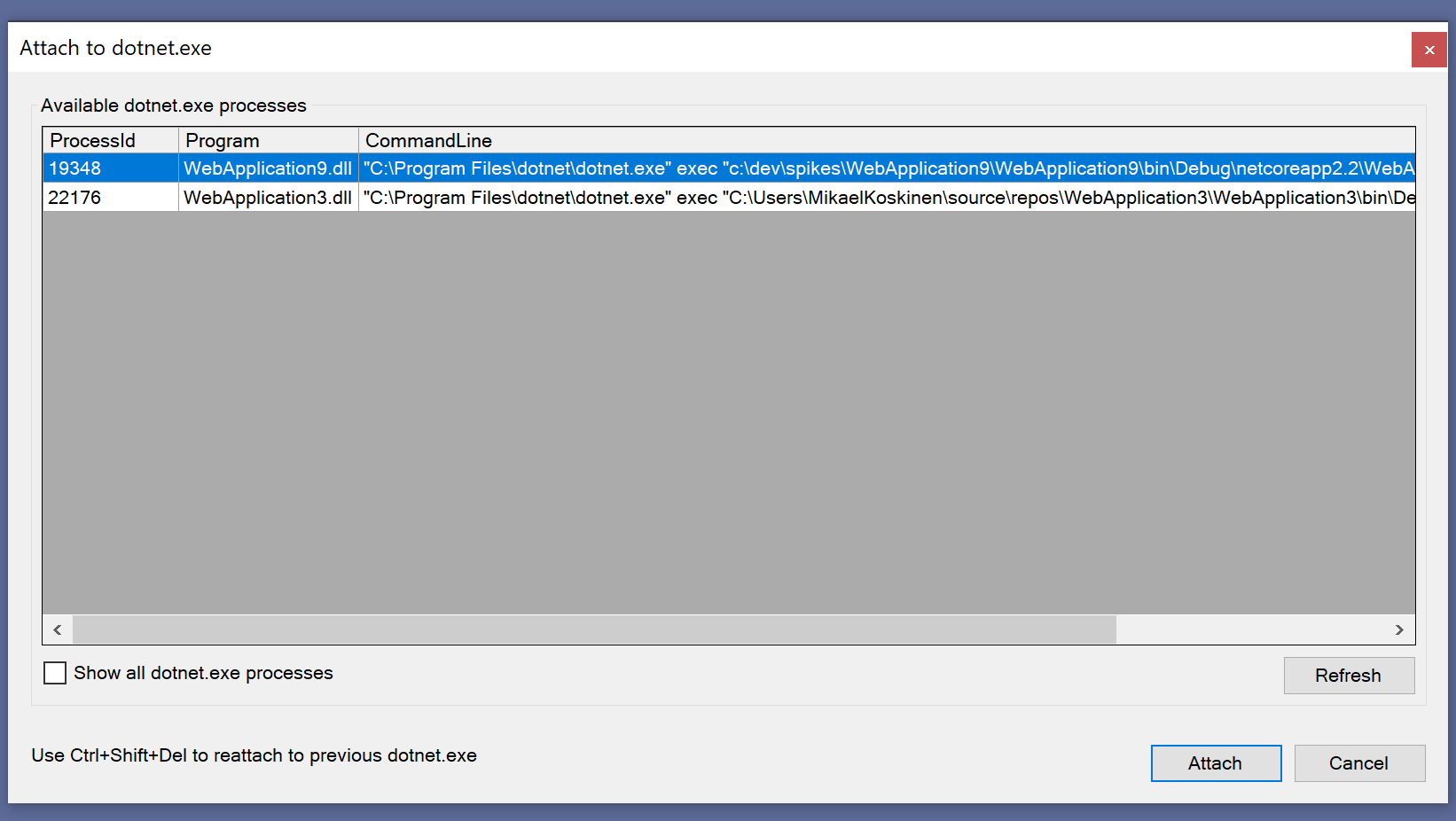 With the default “Attach to process” –feature in Visual Studio it’s often hard to know what is the correct dotnet.exe to debug. Without the extension the visibility to dotnet.exe process is often this: 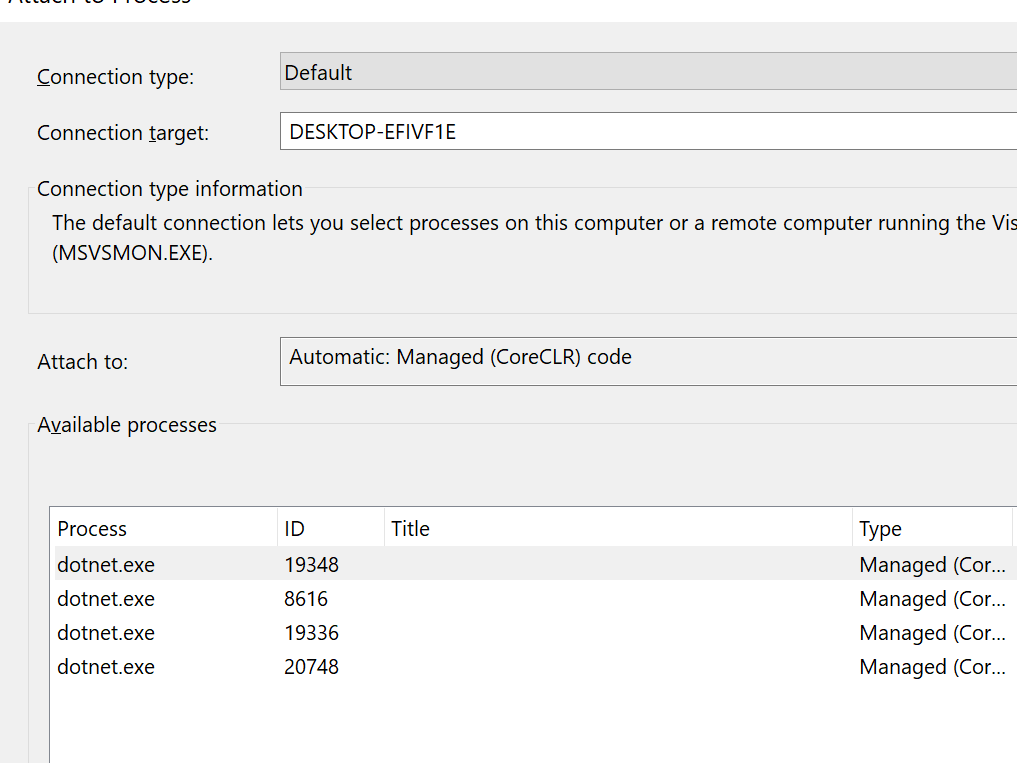 The extension aims to solve this issue by parsing the actual application from the process’ command line. In addition to displaying and attaching to a particular project, the extension provides “Reattach to dotnet.exe” command. This functionality works even if the process id changes (as it does when using dotnet watch).

The extension is not yetavailable from Visual Studio Marketplace but I hope to see it there shortly. But you can download and install it from here: https://github.com/mikoskinen/AttachToDotnet/tree/master/releases/1.0.0.0

The source code for the extension is available through Github: https://github.com/mikoskinen/AttachToDotnet